“This is the first self-replicating species that we’ve had on the planet whose parent is a computer. Because it’s very difficult to eliminate multiple genes from a cell . . . we decided early on that we had to take a synthetic route—even though nobody had been there before—to see if we could synthesize the bacterial chromosome so we could . . . understand the essential genes for life” (Craig Venter, 2010). 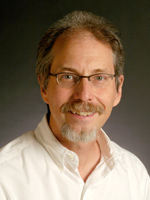 Since J. Craig Venter’s historic announcement that his team had successfully integrated a synthetic genome into a bacterial parasite Mycoplasma mycoides, others have worked to develop this resource for other organisms and advance the understanding of chromosome biology. One such prominent leader is Jef D. Boeke, the Director of the Institute for Systems Genetics at the NYU Langone Medical Center. Known for his work dissecting mechanisms of DNA element movement he termed “retrotransposition,” Boeke now leads a team of international scientists to engineer a brewer’s yeast (Saccharomyces cerevisiae) cell—the first eukaryote—with an entirely lab-generated genome in a project known as Sc2.0, or Synthetic Yeast 2.0.
Boeke is excited to use his TAGC keynote address to give an update on the ambitious project. Why should you care about a synthetic yeast? Boeke felt the same way initially: “I remember thinking, ‘why would anyone want to do that?’” But he now notes these projects are the way of the future. “With genome scale synthesis projects becoming more and more doable, I highly recommend young geneticists keep an open mind about getting involved.”

In Sc2.0, scientists first engineer chunks of DNA containing sites that can be induced to cause countless genome deletions and arrangements. This allows for applications in studies of eukaryotic chromosome biology as well as in industrial experiments like drug screening. These small chunks of DNA are then assembled into larger “megachunks,” which are then introduced in vivo to replace the native yeast sequences. In 2011 and with much collaborative effort through programs for high-school students, graduate students, and scientists from all sectors around the world, Boeke’s team successfully integrated an entire synthesized third chromosome into living yeast cells, with 15 remaining chromosomes underway.

Importantly, a monumental undertaking like Sc2.0 is largely made possible by the cooperation that group meetings and societies like the GSA foster. Boeke noted in particular the usefulness of these group meetings in “allow[ing] these big ideas to percolate.” In fact, he recalls, “[the impetus for Sc2.0] happened at a scientific meeting. Ron W. Davis won an award and made the prediction it was only a matter of time before [such a project] would come to pass.”

Boeke is enthusiastic about TAGC. “It makes a lot of sense to hold historically-separate model organism meetings at one time. It will be a great way to get the latest on genetics across organisms from single-celled ciliates to mice.”

While he’s looking forward to his address and other talks, Boeke’s favorite part of scientific meetings is attending the poster sessions, where postdocs, primary investigators, and students from different labs get together to discuss research ideas. It is this sense of collaboration he enjoys most in taking on such a massive project as Sc2.0. “I really like collaborating with people across the world, from North America, Asia, and Europe, and . . . gathering for a meeting in different continents every time.”

Outside the lab, Boeke enjoys sailing at his home in Maine. 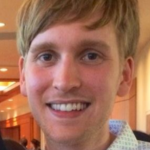 Alex Hurlburt is a research associate in the Biology Department at Indiana University Bloomington, where he studies glucose metabolism and growth in Drosophila. He is looking forward to hearing the latest genetics research across the many model organisms represented at TAGC!