The word on the street

If you’re producing a network news show and want a perspective on how some policy will affect global health, you could do worse than ask Bill Gates, who has almost invented this area of philanthropy. If you need to interview someone on economic prospects for the coming year, you could ask Janet Yellen, who would provide a well-recognized and authoritative voice. If a sudden controversy arises in the sports world, you might turn to Bob Costas, who has experience broadcasting almost every type of athletic event.

But if the issue is genome editing, or evolution, or GMO crops, or vaccines, or a Congressman ranting against the use of Federal funds to analyze sex determination in a worm, what names quickly jump to the fore? Even though plenty of experts in these fields are brought in to comment on specific issues, one thing is clear: biology—including especially the basic research on model organisms that underpins most of what we know about how life works—dearly needs a common spokesperson. Can you recommend someone?

Astronomy and cosmology have Neil deGrasse Tyson, an instantly recognizable figure. He conveys an infectious enthusiasm for science with his clear explanations of complex phenomena and his exuberant personality. Many kids watching him must think that astrophysics is the coolest subject out there—some of them surely can’t wait until they can get into the game. 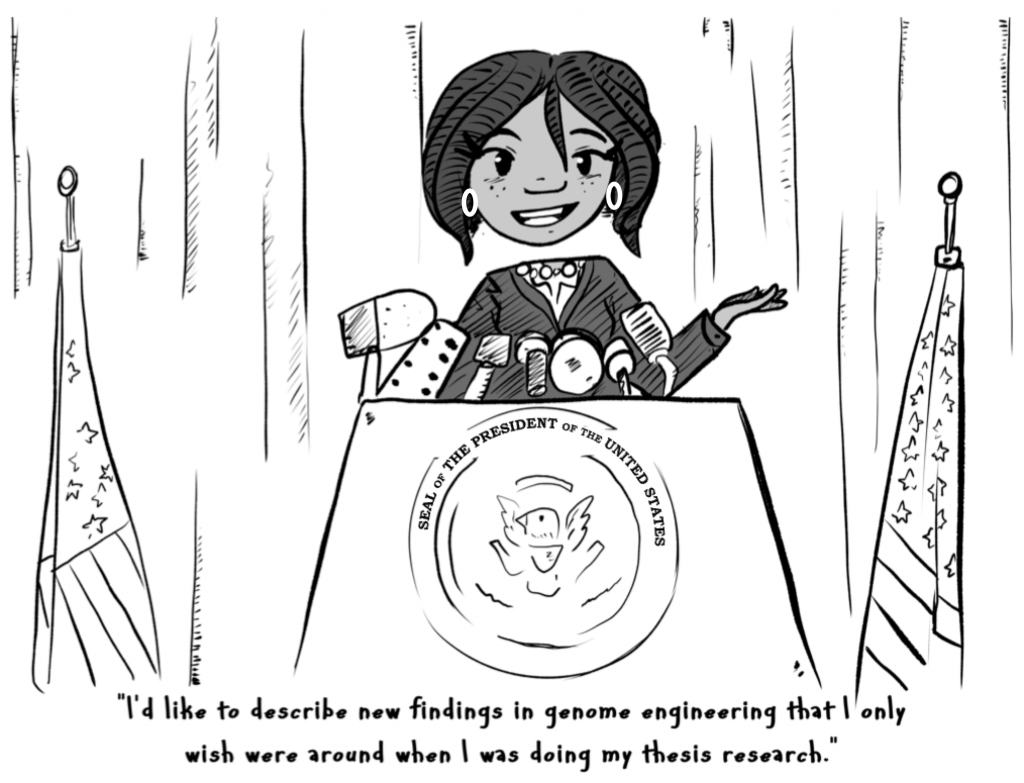 What does the field of biology, and in particular model organism biology, lose by not having such a spokesperson? We don’t generate the same excitement among young people about joining our enterprise. We don’t get enough support for funding of our work from our fellow citizens. We don’t adequately develop an appreciation in the public of the importance of basic research, so those same anti-nematode politicians may also fume about spending taxpayer dollars to study fruitflies—even when that research is important enough that it sometimes garners a Nobel Prize. We fail to explain effectively to the public what we’ve learned, leading to senseless controversies over imaginary issues like the supposed toxic nature of certain vaccines. We don’t even benefit from the reflected glory an astrophysicist gets when someone sitting next to her on the plane says, “You’re an astrophysicist? I know what you do because I saw Neil deGrasse Tyson on The Daily Show.”

While issues in biology may get explained online or in the press or on television by leaders of the NIH or CDC or FDA, or by academic scientists, these individuals don’t possess the right phenotype for the job of our common spokesperson. It’s a tough phenotype to possess. Here’s my job description.

Wanted: A highly accomplished biologist with broad-ranging interests, historical perspective and thoughtful insights. Must have a keen sense of humor and an ability not to take him/herself too seriously. A charismatic but not self-centered personality, and a sensational speaking style, are essential. Must be able to distill the complexity of biology down to simple concepts that are easily understood by those with substantially less than ten years of post-high school education. Must be capable of engaging a general audience without talking down at them.

If we find one or more people with all these attributes, we need to get them out there, and in a hurry. Maybe we should start with recognition in our own community: we follow their Twitter feeds, read their blogs, refer them for interviews with science reporters, get them onto local media. If they do well as candidate spokespeople, we then get them into wider circulation: network news commentating, late night comedy programs, TED talks. We’ll know we’re successful when we see one of them on Sesame Street.

I don’t know a lot of biologists who fit this description—in fact, in my part of the world of genetics I know of only one good candidate. But you likely know others who might fulfill the requirements for this job. So please, we need you to comment below, tweet your suggestions, post them on our Facebook page, or send them to me (my last name at uw.edu). If we get enough votes, we’ll give you a tally of the winning choices. Maybe we can convince one of them, or maybe even a few, to take on this important responsibility.