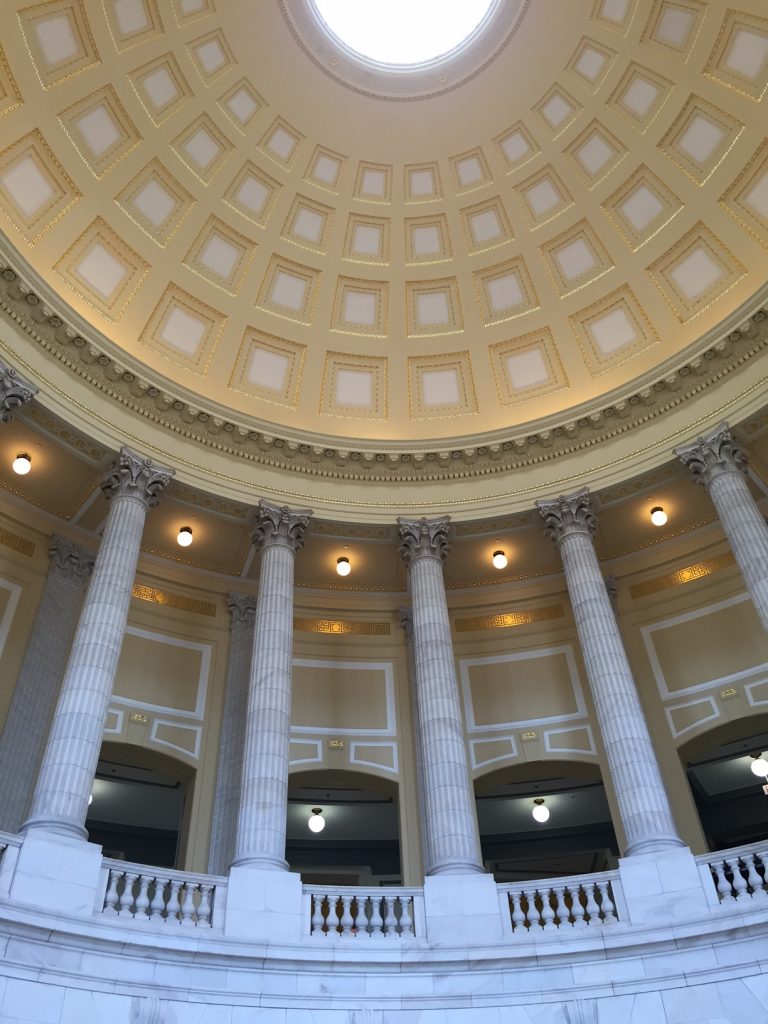 The House Appropriations Committee completed a review of its fiscal year (FY) 2017 Commerce, Justice, Science, and Related Activities (CJS) spending bill, which provides the budget for the National Science Foundation (NSF). This bill includes language that supports the peer review process carried out by NSF in its funding process. The committee also refrained from any mention of Directorate-level funding at NSF (which would effectively set spending priorities for specific areas of science), instead allowing continued autonomy for the agency to select the scientific proposals it supports. As a push to encourage transparency, the bill directs NSF to ensure that award abstracts are written for a lay audience and include a statement about how the project relates to national interest. This particular provision is not novel; similar language is found in the America COMPETES Act of 2015 and the Scientific Research in the National Interest Act.

Despite the budget request of $7.9 billion from the agency, the House CJS bill sets the budget for NSF at just $7.4 billion (-$57 million). While this reduction would allow for a $46 million increase in research and related activities (which funds investigator-initiated research), it calls for a $113 million funding cut in Major Research Equipment and Facilities Construction. The House CJS bill is a notable departure from the Senate CJS spending bill, which provides $7.5 billion for NSF, but allocates the full funding increase above FY 2016 to design and construct three research class vessels for the Gulf of Mexico and the East and West coasts, leaving no room for a boost in research and related funding.

***LEGISLATIVE ACTION ALERT! Click here to send a letter to your representative urging their support of NSF.

Earlier this year, the Division of Biological Infrastructure in the NSF BIO directorate announced that its Collections in Scientific Biological Research (CSBR) would be on a hiatus for the 2016 application cycle. This announcement raised concerns in the GSA community because CSBR funds widely-used model organism stock centers and databases – critical resources that speed research advances and improve research reproducibility. In a May 25th statement, BIO Assistant Director Jim Olds announced that the program would be placed on a biennial award cycle, with proposals accepted in 2017. This shift may have resulted from the outpouring of public criticism and comments underscoring the importance of these shared resources. Meanwhile at the National Institutes of Health (NIH), the National Institute of General Medical Sciences (NIGMS) has released a Request for Information on the need for and support of research resources for the Biomedical Research Community. GSA’s formal response highlighted the importance of shared research resources across the genetics community, and the broad impact of investments in stock centers and databases. Read the full response here.

The National Academy of Sciences released its final report on genetically engineered (GE) crops, Genetically Engineered Crops: Experiences and Prospects. The report, a result of  a review of over 900 publications, 80 speakers at public meetings and webinars, and more than 700 comments from members of public, found that GE crops on the market have no adverse effects on human health or biodiversity. The study reported that GE crops have varied economic impact as a result of external socioeconomic factors like the cost of seed and government support for broad dissemination of seeds. The 300+ page report is intended to encourage dialogue between advocates on both sides of the issue. In addition to reviewing existing GE crops, the study also developed a framework to analyze new GE products before they enter the market. Such analyses rely on –omics technology to compare GE products to conventionally bred crops. As for labeling of foods containing GE crops, the committee supported the argument for the sake of transparency, but reiterated that there is no safety concern with GE crops on the market.  “We must move away from sweeping generalizations about GE crops and treat each one as its own entity,” said Fred Gould (North Carolina State University), the study committee Chair. Learn more about the GE crop study here.

In late May, the Department of Labor released its revisions to the Fair Labor Standards Act. The updated rule requires that postdocs who earn less than $47,476 per year are eligible for overtime when they work more than 40 hours a week. This change, effective December 1, 2016, was embraced by NIH Director Francis Collins in a Huffington Post op-ed coauthored with U.S. Secretary of Labor Thomas Perez. The new baseline salary for postdocs funded directly by NIH will meet the threshold set by the new rule. Catch up on this issue and its implications here.