Drosophila pseudoobscura testis from Chris Large and the Phadnis lab. This high resolution mosaic image is stained for DNA and pseudo-colored for depth so that individual cysts and developing sperm bundles are apparent.

The Allied Genetics Conference was a combined meeting of seven genetics research communities held July 13-17, 2016 in Orlando, Florida. Many talks given throughout the meeting featured compelling images and videos that generated a lot of buzz in various communities. Here, Genes to Genomes is excited to highlight just a few of the wonderful scientific images shared at #TAGC16.

Drosophila melanogaster ovaries. Natively-tagged Overdrive is in magenta, F-actin is in yellow, and DNA is in cyan.

Drosophila melanogaster testis. Natively-tagged Overdrive is in magenta, histones are in yellow, and DNA is in cyan.

“Molecular variation across populations of a widespread North American firefly reveals selection on luciferase but not opsins.” [P335] 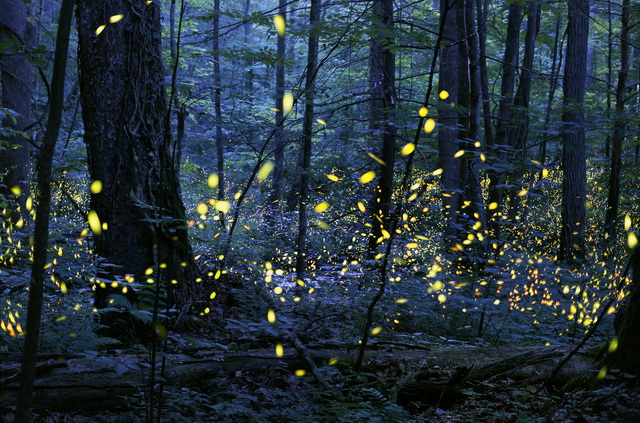 Gathering of Souls (2014) by Radim Schreiber. Sander’s crowd-funded project to explore the firefly genome can be found here.

A single Caenorhabditis larva displays “nictation.” This behavior – a sort of “dance” to help the worm hitchhike – helps worms disperse to new locations by grabbing rides on other organisms.

A worm “hitchhikes” on a bug.

Melanoma initiation at the single-cell level as viewed in zebrafish melanocytes. See an illustration of the process here.

Variations in genotype cause distinct differences in root system architecture in Arabidopsis thaliana. Time-course depicting development of 5 Arabidopsis strains over the first 16 days after germination. Movie by Daniela Ristova and Wolfgang Busch. More on natural genetic and phenotypic variation of roots can be found on the Busch lab website. 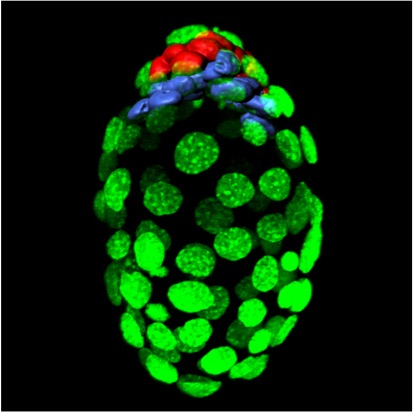 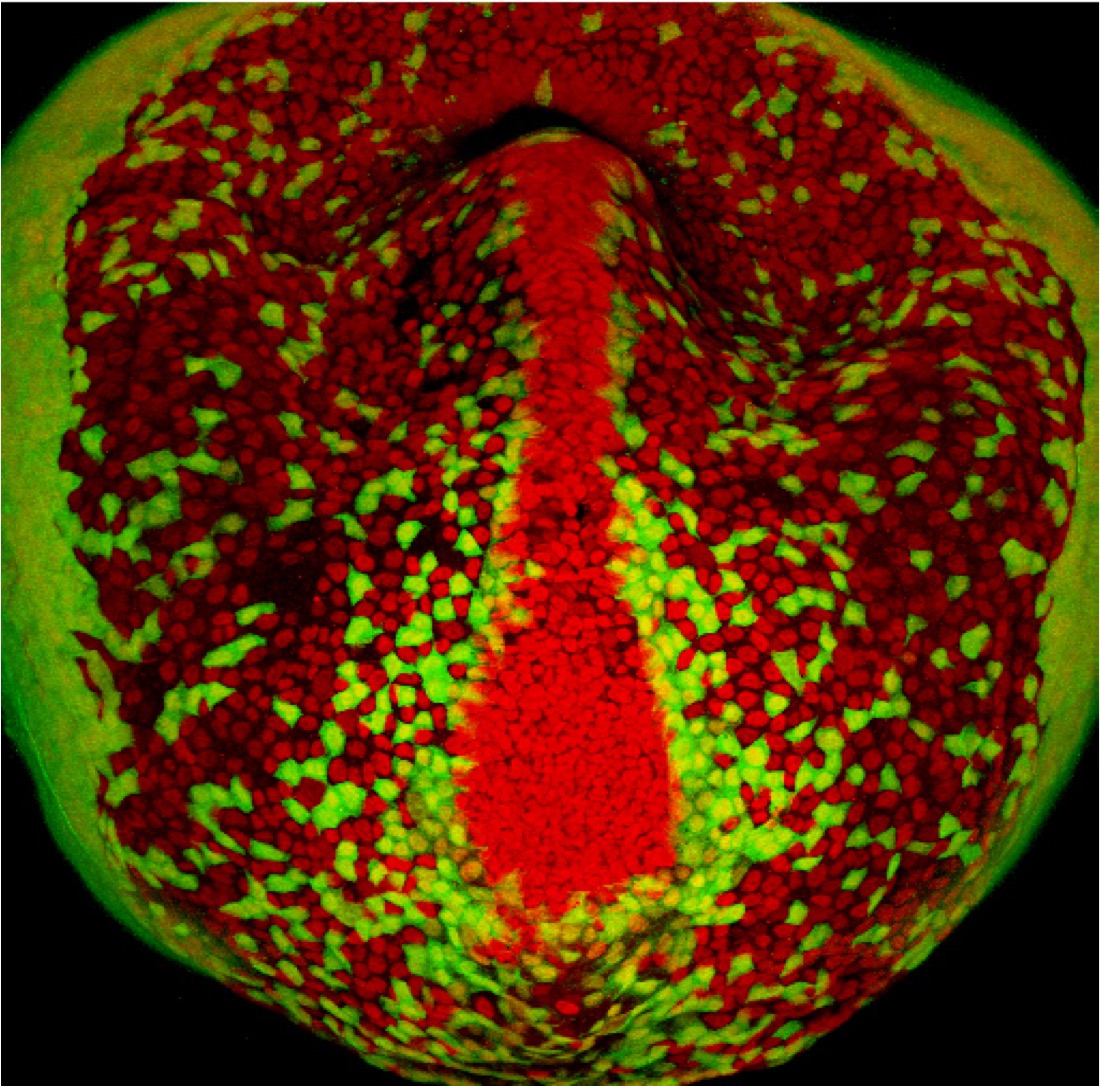 The midline in an E8.0 mouse embryo visualized at the single cell level. Extra-embryonic cells are in green.